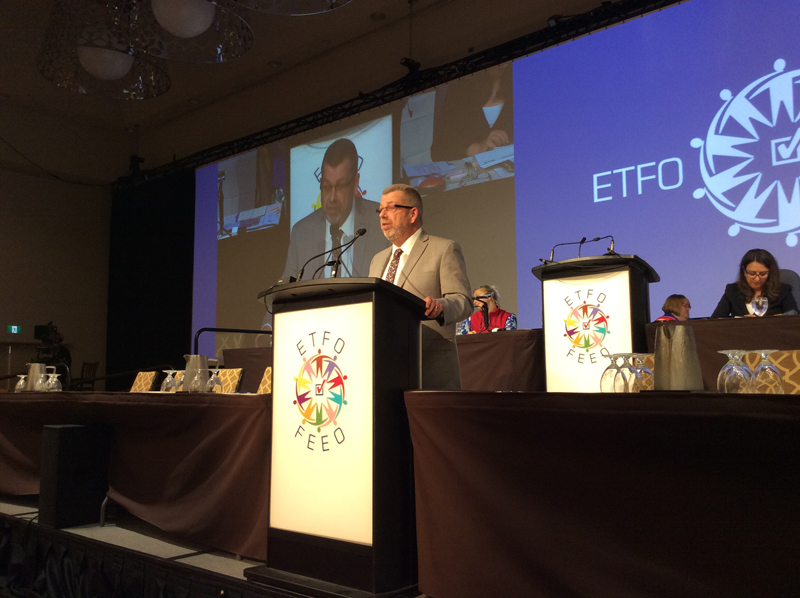 President Hammond began his remarks by acknowledging and thanking the First Peoples of this territory, the Mississaugas of the New Credit, and other Indigenous peoples for sharing this land so that delegates could conduct ETFO’s 2017 Annual Meeting.

President Hammond noted that over the past two years the Provincial Executive has moved forward on a number of initiatives in a way that puts the best interests of ETFO’s 78,000 members at the centre of those initiatives. They include:

President Hammond concluded his address by thanking ETFO staff for their hard work and dedication to the membership.