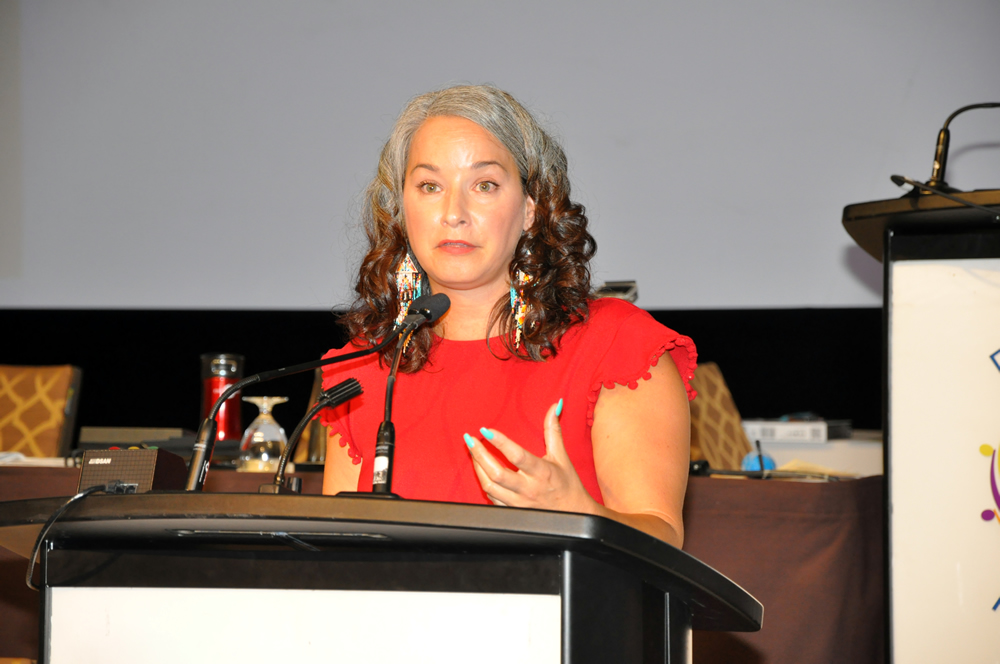 Ms. Fontaine is Status Ojibway from the Sagkeeng Anishinaabe First Nation in southern Manitoba. She was elected as the Member of the Legislative Assembly of Manitoba for the riding of St. Johns in 2016.

Before entering politics, Ms. Fontaine worked as Special Advisor on Aboriginal Women’s Issues for the Indigenous Issues Committee of Cabinet of Manitoba, with a special focus on Missing & Murdered Indigenous Women and Girls (MMIWG). She also worked as an Environmental Researcher for Sagkeeng First Nation and taught in the Native Studies department at the University of Manitoba.

Nationally, Ms. Fontaine’s work has been at the forefront of raising awareness on MMIWG, while locally she has coordinated an unprecedented network of advocacy and support for MMIWG families. For this work, she was honoured with the Governor-General’s Award in Commemoration of the Persons Case in 2013.

Ms. Fontaine started her address to the ETFO 2017 Annual Meeting delegates by touching on the double burden that Indigenous women and girls currently face, which is to be discriminated against both being both women and Indigenous. She explored the status of indigenous women prior to and after the imposition of colonialism in her speech.

Prior to colonialism, a balance between women and men’s roles existed, said Ms. Fontaine. Indigenous men and women had different and complementary roles that included the ability of women to occupy positions of power and leadership in their nations and to exercise personal and social independence.

Ms. Fontaine pointed out that as European settlers arrived in what is now called Canada, they introduced rigidly patriarchal social codes and beliefs, which they imposed on First Nations societies through the processes of imperialism and colonism. Policies were created throughout the country with the goal of assimilating Indigenous peoples across the country. These policies had profound effects on Indigenous women. For example, in an effort to constrain and control their physical and social independence, highly negative, sexualized narratives developed around the lives of Indigenous girls and women.

The low point and ultimate tragedy of colonial control has been thousands of missing and murdered Indigenous women, said Ms. Fontaine.

Ms. Fontaine focused on the role of the families of missing and murdered Indigenous women and girls, who exhibited great courage, strength, resiliency and forgiveness as they advocated for their family members. Families went to the police and RCMP for help and, despite the indifference they were met with, continued to challenge law enforcement and advocate on behalf of their loved ones.

While Ms. Fontaine welcomed the work of the National Inquiry into Missing and Murdered Indigenous Women and Girls, she suggested that the time frame allocated to its work is unrealistic and has caused problems. In addition, the failure of the National Inquiry to be “family centric” and inclusive, and to create a safe space in which families could tell their stories, has hindered the progress and credibility of the inquiry.

Ms. Fontaine ended her address by discussing one of her proudest accomplishments to date – a monument to missing and murdered Indigenous women. The two-metre-high granite statue, unveiled in Winnipeg in 2014, provides a place for families to grieve, honour or celebrate their loved ones. 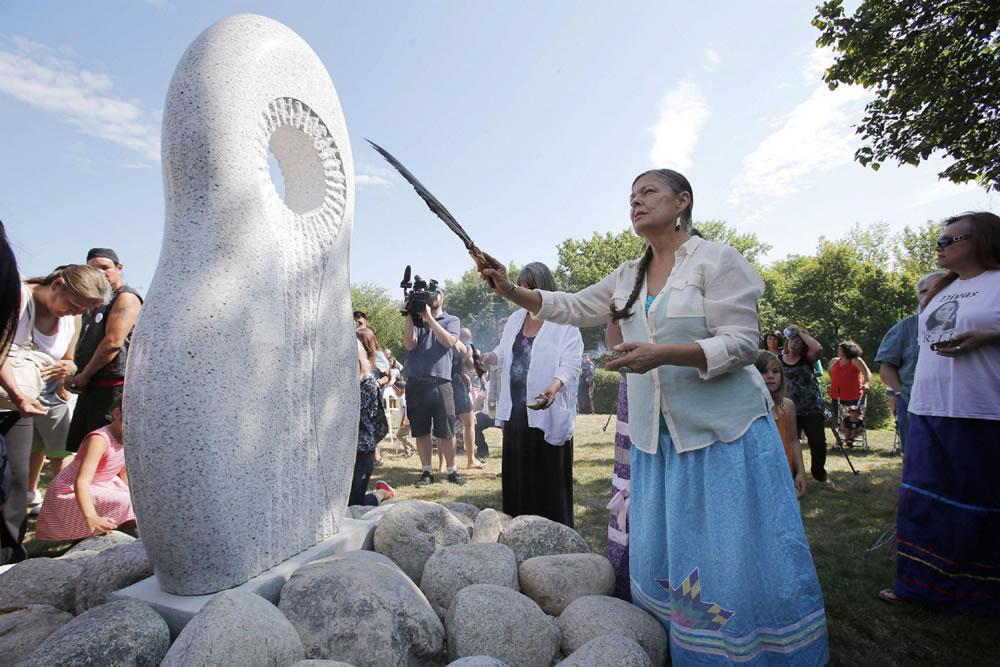 Karen Brown, ETFO Vice-President (Female), thanked Ms. Fontaine for addressing the 2017 Annual Meeting delegation. Vice-President Brown assured her that ETFO is committed to changing the colonial narrative highlighted in her Social Justice Address and ensuring that the tenets of the Truth and Reconciliation Commission are fulfilled. As educators, ETFO members want to do their part to assist Indigenous women and girls rise to their potential.