Diane Dewing from the Upper Canada Occasional Teacher Local has been re-elected OTF Table Officer on the 2017-2019 Provincial Executive. A media release follows this photograph. 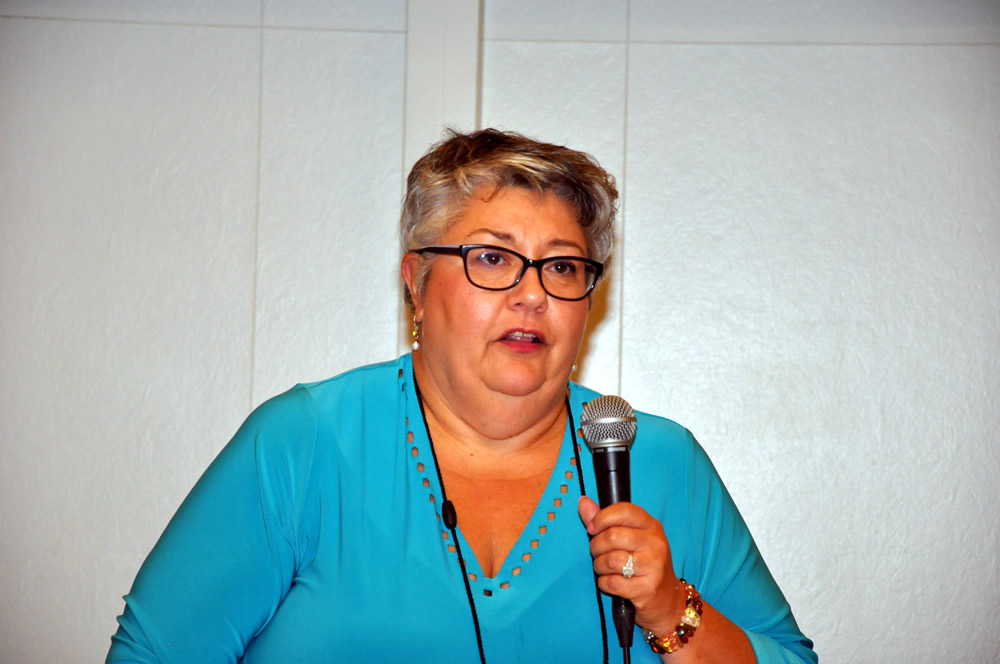 Diane Dewing thanks her family and supporters

Dewing, an occasional teacher with the Upper Canada District School Board, has been a member of the ETFO provincial Executive since 2007 and has served seven years as an OTF governor.

“Education is an ever-changing field where more is asked of us and less is provided. While this work is for the passionate and committed, commitment and passion are not enough. The advocacy of our Federation and of OTF are essential in building better schools,” Diane told more than 800 meeting delegates. “OTF ensures that the unified voice of Ontario’s teachers is heard and that our pension promise is kept. My many years of experience, mentoring and training make me an effective voice at OTF.”

“In the past, the Ontario Teachers’ Pension Plan focused solely on earning the money which would deliver our pension. The unified voice of Ontario teachers has refocused this. OTPP now understands that reputational risk is as important to teachers as monetary risk. Ontario teachers wish to invest in ventures that are environmentally sustainable, peaceful and support social justice. Teachers want to walk their talk.”

Diane began her teaching career in 1982 and became an occasional teacher in 1993.  She has taught Core French at all levels, French Immersion for grades 5-8, and has worked with students with special needs.  She was also a specialist teacher, teaching Morals and Ethics for grades 7-11.

Elected to the Upper Canada Occasional Teacher Local Executive in 1998, Diane has served the local as grievance officer, chief negotiator and president. At the provincial level, she has served on 12 ETFO task forces, the Regulation 274 Workgroup as well as the Collective Bargaining, Hiring, and Budget committees. Currently she serves as ETFO’s representative on the OTF Awards Committee and the Canadian Teachers’ Federation Human Rights and Diversity Committee. Diane is active in her community, serving on the board of directors for both Community Living North Grenville and Lanark County Interval House.

The Elementary Teachers’ Federation of Ontario represents 78,000 elementary public school teachers and education professionals across the province and is the largest teacher federation in Canada.