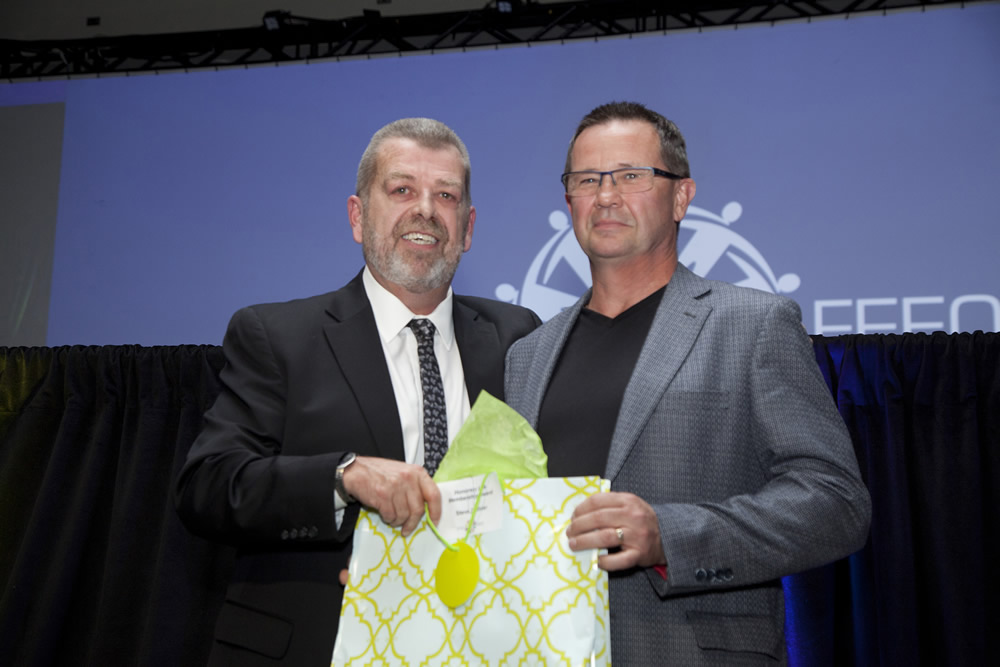 Steve Colliver began teaching as an occasional teacher in 1984 for former Haliburton and North Shore boards of education and obtained a permanent teaching position in 1987 in Lindsay, Ontario for former Victoria County Board of Education.

Steve first served as secretary for the OPSTF Victoria in 1996-98. He was first elected to a released position (vice-president) in Trillium Lakelands Elementary Teachers’ Local in 1999, serving in that position before being elected as Trillium Lakelands Elementary Teacher Local President in 2001. He remained in that position for eight consecutive terms, until he retired. Steve worked diligently as a member of the local’s CBC team for 16 years; 14 of those as Local Chief Negotiator. He is proud of the building of TLETL office as an advanced, eco-friendly, one-of-a-kind; local building that highlighted the local’s leadership, innovation and forward thinking.

Steve remembers having his children accompany him and his wife to more than a decade of Annual Meetings and that they actually believed that this was a “normal” part of a summer vacation. Among the other career highlights, he recalls the significance of pioneering collective agreement language that protects a teacher’s individual right to determine the use of their own prep time and being grieved (twice) by the employer for protecting members’ rights to adhere to the language of their collective agreement. Member defence was always a key focus for Steve.

In the face of many employer challenges, Steve always welcomed the support and solidarity provided by his colleagues. He recalls receiving words of encouragement from colleagues within the local and across the province while spending eight days at an OLRB hearing dealing with a complaint laid against the local by the TLDSB. He also fondly remembers the ETFO Eastern Regional Meetings with colleagues. In his words, he recognizes them as ‘absolutely the best friends you could ask for.’

Steve is honoured to be the recipient of the ETFO Honorary Life Membership.