Monica Rusnak from the Ontario North East Teacher Local has been elected Vice-President (Female) of ETFO.  A media release follows the photo. 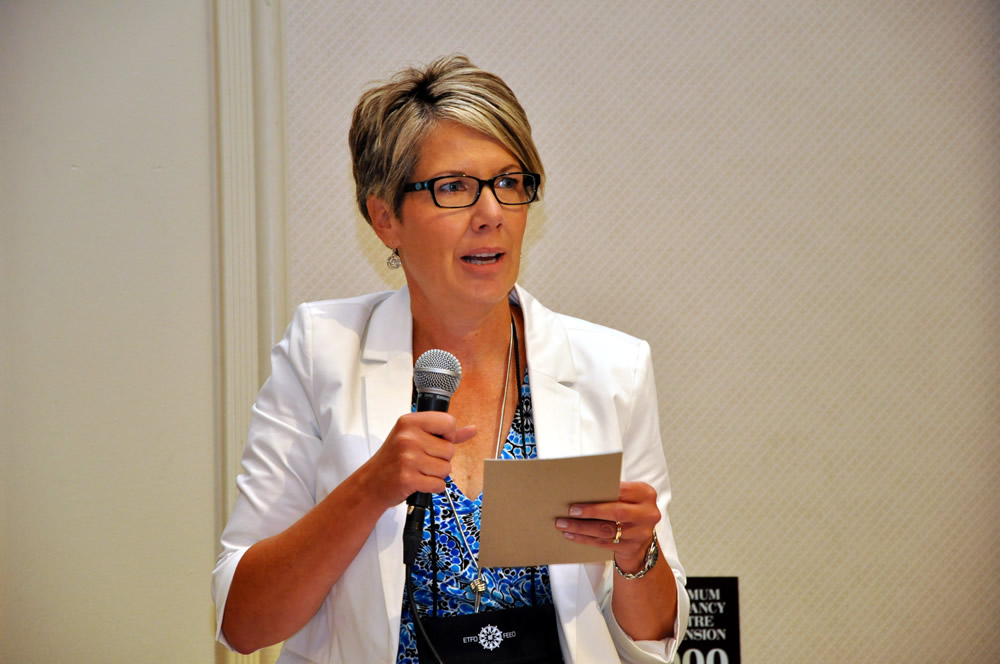 Monica Rusnak thanks her supporters following her election.

TORONTO, ON – Monica Rusnak, president of the ETFO Ontario North East Teacher Local, was elected vice-president (female) of the Elementary Teachers’ Federation of Ontario (ETFO) today at the Federation’s Annual Meeting in Toronto. She was first elected to the Federation’s provincial Executive in 2010.

Rusnak began her teaching career in 1988 with District School Board Ontario North East. Since then, she has taught in the primary, junior and intermediate divisions (Kindergarten to grade 8), and has met the challenges of teaching split grades and full-day Junior Kindergarten.

Addressing 800 Annual Meeting delegates, Rusnak said, “I believe in the power of local bargaining and the empowerment of members to strengthen our collective voice and stand in solidarity against any onslaught to our fundamental rights.”

“We are the strongest, most progressive union in the country. I will champion ETFO’s innovative and responsive programs that positively impact social justice and equity, and professional learning. I’ll continue to advocate for meaningful training and supports to protect the physical and mental well-being of educators and ensure a safe and healthy learning environment for students,” added Rusnak.

Monica has served her local as Executive member, vice-president, chief negotiator, collective bargaining representative, political action chair, RRSP accounts administrator and member of the Benefits Management Committee. She was chair and member of ETFO’s Pension Committee, and was a member of the Ontario Teachers’ Pension Plan Benefits Adjudication Committee before her work began on the provincial Executive.

In 2015, Monica was selected to attend the Governor General’s Canadian Leadership Conference which brings together emerging leaders from various sectors. Monica is actively involved in a variety of community projects and events.

The Elementary Teachers’ Federation of Ontario represents 78,000 elementary public school teachers and education professionals across the province and is the largest teacher federation in Canada.